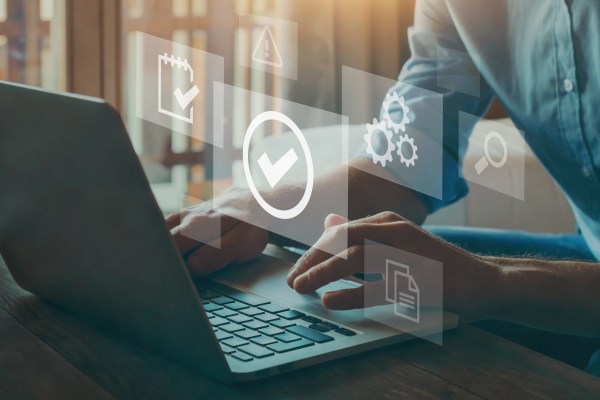 Every country has its own bundle of laws, rules and regulations, and they change on a regular basis making it an enormous challenge to keep up with it all. That usually requires large staffs filling in spreadsheets and unwieldy processes, but Regology, an early stage startup wants to change that by putting some automation to work on the problem.

Today the company announced an $8 million Series A led by Acme Capital with participation from existing investors Gagarin Capital and Pine Wave Investments.

Company co-founder and CEO Mukund Goenka spent more than 15 years working in the banking industry where he saw first-hand the difficulties in keeping up with regulations and the financial consequences of failing to do so. He formed Regology to provide large global companies with a way to stay on top of these myriad regulations.

Goenka says that his company started by compiling a database of laws. “We have a very large database of laws that is constantly updated, covering geographies from five continents, and a number of countries and jurisdictions. We also cover the lawmaking process of going from bills all the way to laws to regulations and a number of agencies and their regular updates on a daily basis. And it covers a number of industries and topic areas as well,” Goenka explained.

They don’t stop there though. They also give customers a framework for automating compliance wherever they are doing business, and they constantly review the laws and updates to help sure their customers are staying in compliance over time. Their target market is large Fortune 500. companies, and while Goenka couldn’t name specific ones, he did say that it included some of the largest tech companies and biggest banks.

The company launched in 2017 and today has 20 full time employees with plans to at least double that by the end of the year. He says that being diverse is essential in a business that is already looking at the regulatory environment in 25 countries. Understanding how each of these countries works is essential to the business and that requires a diverse workforce to pull off.

Goenka says that the company has been remote from day one, long before COVID. While there is still a small office in Palo Alto, he intends to keep remain mostly remote, even when it’s considered safe to reopen offices.